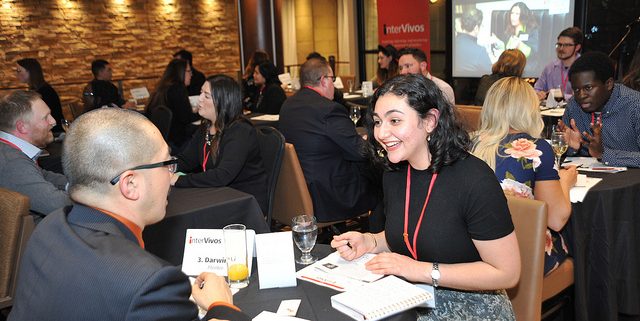 “I want the women that I mentor around me to see those possibilities, how they can make a difference when someday they’re in charge,” Ms. Hochul, now New York’s lieutenant governor, said. “I want them to have a more expansive view of their potential. And to me, mentoring is all about letting them see and then helping them find the path to get there.”

While mentoring benefits all participants, it is especially important for young women. A 2015 study from the University of California Haas School of Business found that women gained more social capital from affiliation with a high-status mentor than their male counterparts did. The Department of Labor reports that today, 57 percent of women participate in the work force. As work force demographics continue to change, encouraging mentors and mentees to seek one another out might be more important than ever.

Mentorship advances careers. A study in the Journal of Applied Psychology found that people with mentors are more likely to get promotions. That’s no accident. Jenni Luke, chief executive of the national teen mentorship organization StepUp, knows that those relationships can help propel young women to success.

“When I go into a room full of people and I say, ‘Raise your hand if you’ve gotten your job through somebody,’ every hand goes up,” Ms. Luke said. “Every single person on earth has social capital, and you want to use it with intentionality.”

When mid- and senior-level employees choose to mentor someone newer to the work force, they can boost people who may not otherwise have those opportunities and help level the playing field.

Many companies are “hiring in these kinds of closed networks,” Ms. Luke said. “And unless you’re willing to really understand that and open up your networks,” she added, “the network of folks coming into jobs continues to narrow.”

Mentorship also exposes both parties to new ideas and perspectives. Arlene Kaukus, the director for career services at the University at Buffalo, said she believed that was becoming more and more important, as workplace demographics continue to change.

“The importance of being able to see things from different people’s points of view based on their life experience, their culture, their ethnicity, their gender, becomes even more important,” Ms. Kaukus said.

What mentoring does for the mentors

Ms. Luke emphasized that mentoring should not be paternalistic. “It’s very much reciprocal, and there’s so much to be learned from the younger generation,” she said. Both sides are “meeting different types of people, understanding different experiences, and really growing their own network of young, up-and-coming professionals to be able to support or to be able to offer opportunities.”

Ms. Kaukus, who also volunteers as a mentor to international students, said she also learned a lot from those she mentors. It affords mentors “an opportunity to reach back and continuously develop talent and pay back for the wonderful extension of mentorship that perhaps they were granted at some point in their career,” she said. “I think that is a powerful motivator. And it’s also a powerful benefit for the mentor.”

Strat Planning is Where It’s At
Scroll to top