White supremacy and racism are serious problems in our society that harm communities. interVivos wants to be a starting point for allies to become more informed.

In early 2022, we announced that Katherine Swampy had joined our Advisory Council. Katherine is an elected councillor for the Samson Cree Nation.  Before becoming an interVivos Advisor, Katherine was a volunteer mentor in our BIPOC-focussed mentorship program in Fall 2020. As a result, she was matched with a Muslim protégé named Rabia Naseer.

We talked to both Katherine and Rabia for this blog.

“Allies are people who do not identify as a member of a specific group but will stand up and defend the specific group,” Katherine explained. “For example, I am an ally for LGBTQ2S+, but I do not identify as LGBTQ2S+. When we are implementing policies or events on the Samson Cree Council, I will speak out as an ally to ensure [the LGBTQ2S+ community] is included.”

Why does allyship matter? 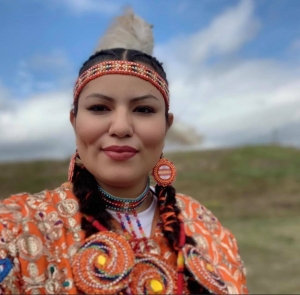 As an Indigenous woman, Katherine says she has often felt discriminated against. “I feel like no one is speaking out to prevent the discrimination towards Indigenous peoples within many Edmonton areas,” she told us.

Katherine believes that Indigenous allies should familiarize themselves with Indigenous cultures and traditions to speak out in cases where no one else will. This is essential because, in the most practical way, Indigenous people are a minority and will often be ignored. “When non-Indigenous people become allies, they can help us to make social changes.”

How does allyship connect to mentorship?

Mentorship can help foster a culture of allyship. “I connected [with Rabia] as [we are both] women of colour,” Katherine told us. “Together, we have taught [each other] some of the loving and accepting traditions that can be shared.”

During their mentorship experience, Rabia created a board game in partnership with the Indigenous Knowledge and Wisdom Centre in Edmonton to reduce racism and poverty. The pair also set up activities to generate a relationship between the Muslim community and Samson Cree Nation. 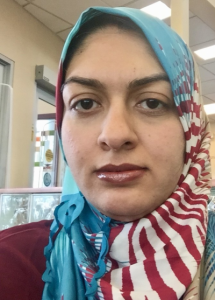 We asked Rabia about her experience as a protégé. “Relationships are key and Indigenous communities are so good in reminding us of the importance of taking the time to know each other, our relationships, and our connection to the land,” she reflected.

Rabia recalled the first time she met Katherine after they were matched. “We talked about the struggles of being mothers having to juggle their households and familial responsibilities while wanting to engage in the community and make a difference.”

Their relationship quickly grew, and soon they kept in touch over text, continuously checking in to see how the other was doing and to discuss life challenges like health, stress, or just normal frustrations. Rabia mused, “Taking time to get to know one another on a human level creates a strong [bond]”.

What can I do to become a better Indigenous ally?

Rabia said that when we engage with Indigenous communities, we should develop meaningful relationships rather than come with a project in mind with a set deadline. “One cannot imagine how many demands and expectations we set on them, which is unfair.” Instead, Rabia says that we need to learn and lay the groundwork for allyship and not rely on Indigenous communities and elders to do the work for us. Katherine added, “Be a good friend, understand that even if [you’re] different, you can still connect. And remember, if you don’t have anything nice to say, don’t say anything at all”.

Katherine left us with some valuable insights on the dos and don’ts for our allyship journey:

We couldn’t agree more with Katherine and Rabia. It is essential to acknowledge the over-representation of settlers that are privileged to reside on Indigenous lands. We are so thankful to them for sharing their thoughts and perspectives and taking the time to do so.

Moving forward, we all must become safe allies, empowering those in marginalized groups and continuously learning how we can better support them. Send an email to connect@intervivos.ca if you have other tips on becoming a better ally to share with our readers.

What we’ve learned about our mentors and protégés

The paradox of choice
Scroll to top